EQUINOX is the result of a 2 year work process between the Berlin based theatre group Grotest Maru and the Alternative Theatre Group from Alexandria. The groups got to know each other in autumn 2015 at a guest performance of Grotest Maru in the Alexandria „Back Street Festival“, organized by the local netwoark institution I-act. The idea of a joint production between Grotest Maru and the Alternative Theatre Group, a Partner of I-act, quickly arose. With funding from the Robert Bosch Foundation Szenenwechsel Program, the idea got a basis from which it could develop.

Since the very beginning EQUINOX was thought of as a project of encounter; between Orient and Occident, between the land of the rising sun and the culture shaped by the Enlightenment – a movement, which had also roots in the Arabic High Culture of the Middle Ages.
The encounter between Alexandria, the ancient metropolis, and Berlin, the creative centre of 21st century Europe is central to the EQUINOX project. Topics such as diversity, cultural blossoming, decay, melancholic memories and threatened civilization were products of this encounter.

A first series of workshops took part in March and April 2017 in Alexandria. It resulted in a first version of the facade performance EQUINOX . Texts of the well-known Alexandrian poets Konstantin Kavafis and Amal Donqol, and of Mahmoud Abodouma, playwright and founder of the Alternative Theatre Group, were used. Those texts were embedded in a narrative of search for truth and traces of the famous, lost library of Alexandria.
During the workshop, performers of ATG explored techniques of rigging and facade climbing with ropes for the first time; together with the performers of Grotest Maru they acted on the vertical stage of a house front in Alexandria. The collaboration between the two groups also focussed on exchange of knowledge and working techniques.

A second phase of the collaboration led to a new version of EQUINOX in June 2017 in Berlin. The fight for resources was integrated into the main topic of the search for truth and wisdom. The historical figure Hypatia, one of the last scientists of the well-known library and the Museion of Alexandria, active in the early phase of Christianisation and famous for her lectures given in the streets of the city, brings her centre of knowledge to Berlin. She is faced with mixed reactions. This version of "Equinox" was also shown in the city of Eberswalde, in a site specific variation.

We had two wonderful weekends performing EQUINOX in Berlin and Eberswalde.

Have a look at the RBB broadcasting report from the rehearsals at Kunsthaus KuLe in Berlin and some beautiful pictures from Oliver Feldhaus.

"7 wishes for your city" The results from Alexandria and Berlin // Banner translation: 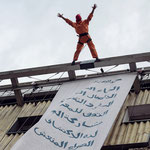 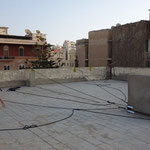 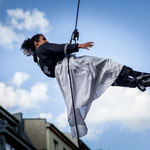 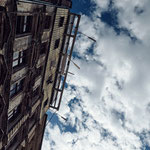 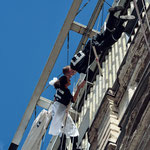 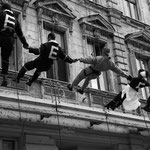 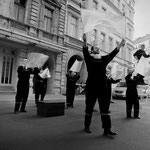 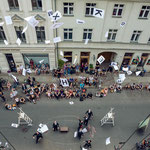 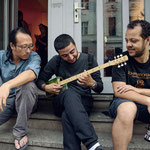 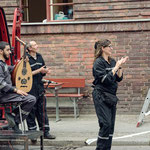 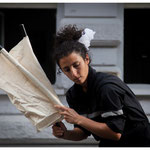 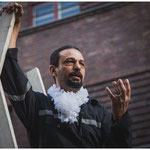 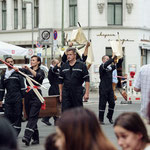 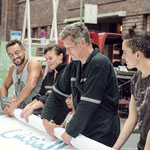 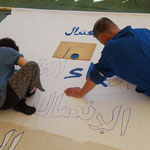 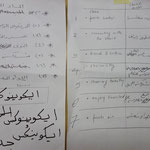 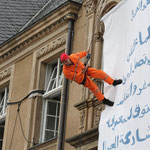 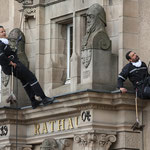 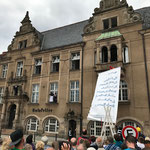 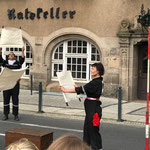 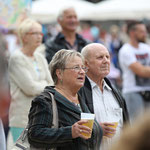 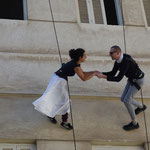 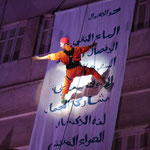 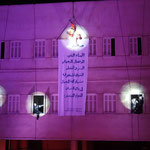 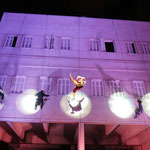 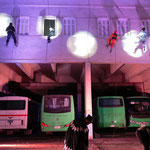 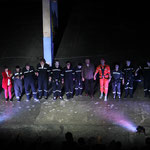 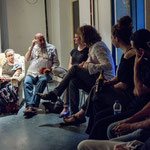 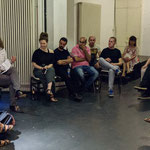 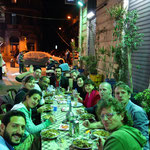 This project is supported in the frame of Change of Scene, a program of the Robert Bosch Foundation and the International Theater Institute, by the city of Eberswalde, Fonds Darstellende Künste, Bezirkskulturamt Berlin Mitte and the Goethe Institute.