A site-specific performance · inspired by the autobiography of Aurelia Scheffel

“Some years ago my grandson asked me: Grandma, you were born in Lodz, where Polish, Jewish and Germans were living together. Did you kill and hate each other like the people on the TV news today? I wanted to explain to him, how beautiful it was with us in Poland, before the war started on September 1st,1939 . I have to go back deep into my childhood and think about what I can still remember to do this."

Through the eyes of the child Aurelia, the audience experiences a journey through time back to the 1930's. In this theatrical adaptation of Aurelia Scheffel's childhood memories, authentic backyard scenes from Lødz (Poland) come alive atmospherically and visually. Polish, Jewish and German neighbors were then living together in peace and solidarity, most of them working in the textile factories of the city.

Aurelia Scheffel's recorded voice leads the audience through the performance as a narrator. She speaks in Polish, German, and even in the old Łódź’ dialect, that descendant Germans used in those days. She was born in Lødz in 1924 as a third generation German immigrant child. Her grandparents emigrated there ca. 1870 from Thuringia and the area around Cologne to work in the textile factories. Both her grandparents and parents were illiterate. The story focuses on the years before World War II, documenting the drastic change of atmosphere in the pre-war period  that started to dominate the every-day-life of the child.

For “Aurelia” Grotest Maru workes with Polish performers and integrates elements of storytelling, visual and physical theatre and live music. Inspired by authentic folk songs of the time, remembered and recorded by Aurelia Scheffel, Grotest Maru has created a musical score in collaboration with Polish musicians;  the score combines live performances of a local band on popular instruments of the. '20's, contemporary electronic music and a double bass player from the improvised music scene.

With “Aurelia” Grotest Maru wants to initiate a deeper understanding of historical contexts and a new dialogue between different classes and cultures today. The performance wants to put parallels between past and presence up for discussion, and to animate to more solidarity and empathy with world-wide migration today. Aurelia's words provide us with still valid metaphors that connect to other places and times.

With years of experience in creating site-specific performance, Grotest Maru can adapt  “Aurelia” to various sites; working class areas, tenement backyards or factory sites are preferred, but an in-door version in a big hall can also be considered.

The original version of the production „Rewolucji 17, Wspomnienia Aurelii / Aurelias Erinnerungen / Aurelia's Memoirs“ was realized in 2015 through the invitation of Łódź of Four Cultures Festival 2015 as part of the “Backyards” project.

It was financed by: Łódź of Four Cultures Festival, City of Lodz / Ministery of Culture and National Heritage of the Republic of Poland / The Foundation for Polish-German Cooperation. 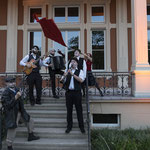 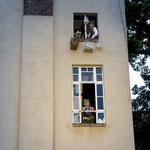 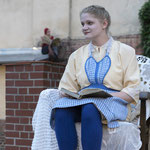 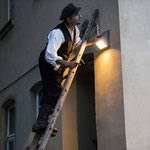 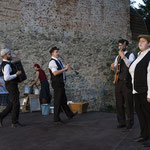 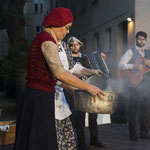 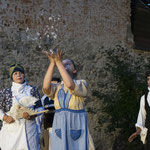 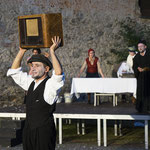 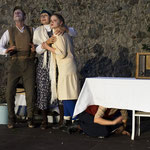 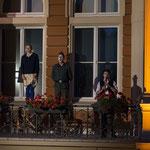 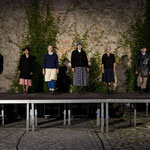 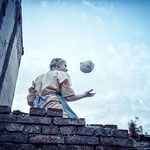 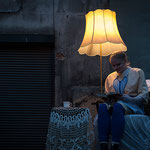 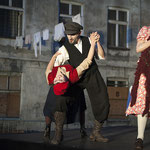 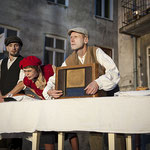 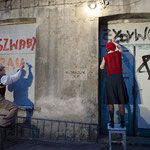 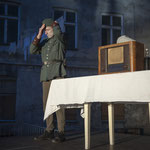 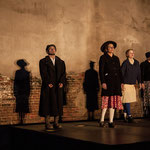 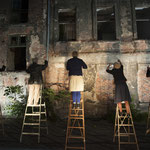 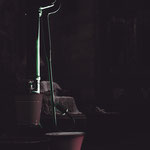